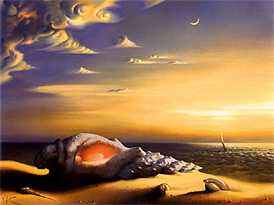 Jump to: Lyrics • Liner Notes • If I Could Live Long Enough album Click here to download the mp3.
Lyrics

Beyond the turning of the world
Beyond the burning of each life I’ve led.

Before there was time,
Before we traveled through it,
We gathered like pilgrims to stand at the edge
of all known land.

And I stand here,
with my mouth opened wide,
hoping to catch you,
like the rain.

And I stand and I trace, in this pilgrim place,
all the lines that we made
in the sand.
Again.

Before there were gods.

This track was first released as a Bonus Track on my 2012 piano/voice album Song of Myself. But it fits much better under this title. The lyrics were inspired by my wife, Suzanne. She believes we knew each other a long time ago, and she hopes we will know each other again.

This song is also an homage to the late guitarist Michael Hedges (December 31, 1953 – December 2, 1997). I have always loved his haunting song Lenona (1981). I contacted his estate to ask if I could use his actual guitar performance on this track and they agreed. The guitar that is heard in the opening and played all the way through (panned in the middle) is Michael. I had to cut and paste it here and there, straighten out some of the timing using digital technology, but otherwise kept it as is. Fretless bass is played by George Winston. All other instruments, effects, and vocals are me, including those guitar fillers panned left/right in the middel section, seagulls and other sounds from Cape Cod, and Indian flute.

The song speaks to the timelessness of love, the sense that love is beyond morality, something created prior to religious intent, beyond the gods themselves... and how it opens the door to a more complete knowing.

If I Could Live Long Enough

Return to the If I Could Live Long Enough page.

Other lyrics pages from If I Could Live Long Enough